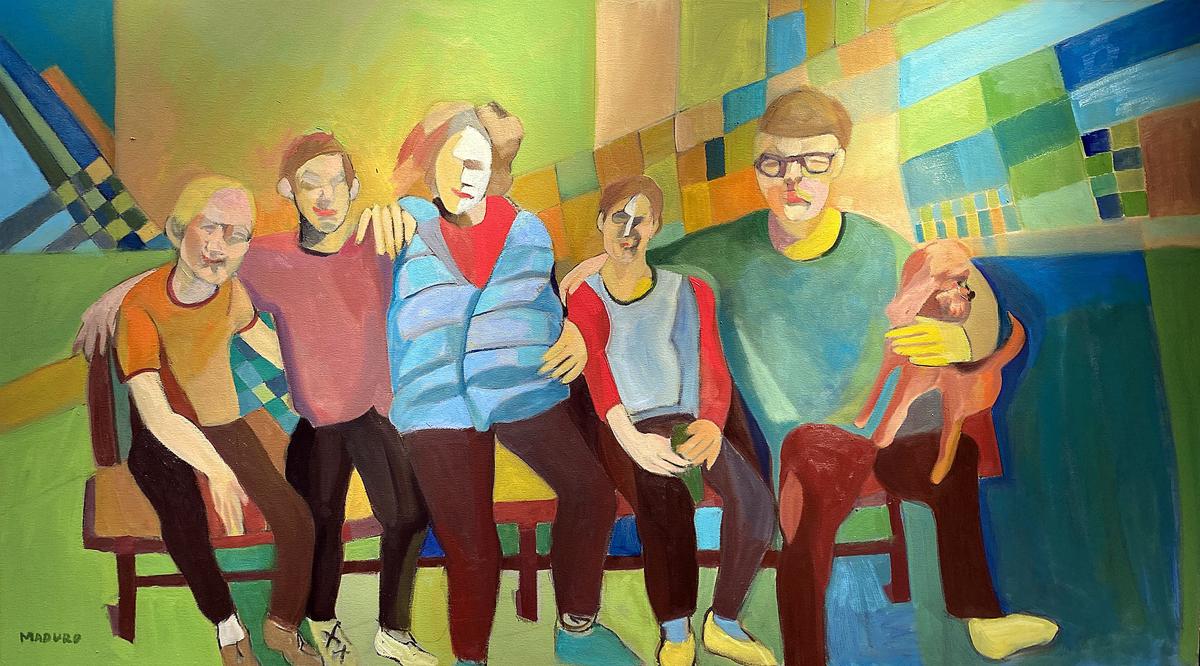 Works by Rita Frenkel will be shown in the exhibit GO FIGURE 2020 from February 15 to March 29 at The Loft Gallery at the Smithy Store, 10 Main St., New Preston. 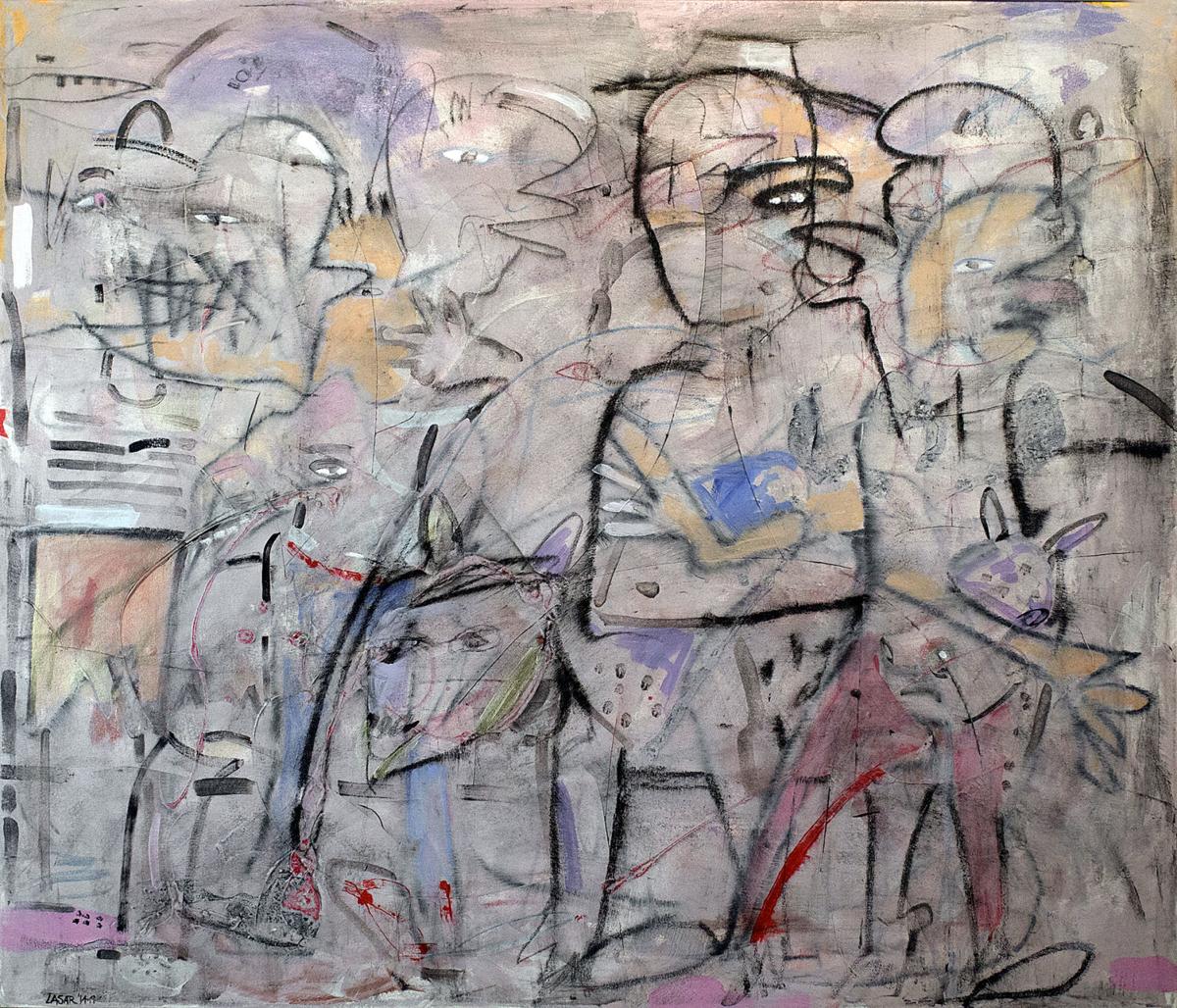 “Walkie Talkie” by Nancy Lasar will be featured in the exhibit GO FIGURE 2020 from February 15 to March 29 at The Loft Gallery at the Smithy Store, 10 Main St., New Preston.

Works by Rita Frenkel will be shown in the exhibit GO FIGURE 2020 from February 15 to March 29 at The Loft Gallery at the Smithy Store, 10 Main St., New Preston.

“Walkie Talkie” by Nancy Lasar will be featured in the exhibit GO FIGURE 2020 from February 15 to March 29 at The Loft Gallery at the Smithy Store, 10 Main St., New Preston.

NEW PRESTON — The Loft Gallery at the Smithy Store will feature an exhibit called GO FIGURE 2020 with Nancy Lasar and Rita Frenkel from February 15 to March 29 at 10 Main St. There will be an opening reception from 4 to 6 p.m. Saturday, February 15, open to the community with an opportunity to meet the artists, enjoy light fare, and listen to live jazz by Bentley Lewis.

Throughout the earliest recordings of human existence, from the cave to current, direct drawing from the human figure has been the most expressive of forms for revealing the energy and vibration of what it means to be alive in one’s time.

This exhibition highlights and celebrates the commitment of two local artists to figure and portrait drawing as a basis of concentration.

Knowing the structure and form of a three-dimensional living, breathing, continually adjusting human subject allows the artist to develop the authority and freedom to compose images that have space and volume and especially, the capture of the energy of life.

Within this discipline, the featured artists, longtime friends and colleagues Ms. Frenkel and Ms. Lasar will demonstrate a range of diversity in approach and style.

Ms. Frenkel has always been fascinated with and interested in drawing and painting the human form.

For years, she has studied and painted with Ms. Lasar and other professional colleagues in her studio in New Preston.

They first began painting as a group with a live model with a focus on portraits, but the whole figure began to emerge.

Ms. Frenkel met the challenges of painting the figure by working up a watercolor sketch.

The loose, flowing nature of watercolor allowed her to create more volume and sculptural gesture to her work, and was able to get a real semblance of the model.

This approach was new to her as her other works in oil were based off of a sketch, which sometimes could still be seen within the final painting.

Ms. Frenkel was pleased to figure out how to capture the many challenges of figure painting by using the watercolor technique to create her lively, voluminous, exaggerated people.

She is a native of Panama and a graduate of Skidmore College with a degree in fine art.

Her work is in numerous private collections and can be seen at Smilow Cancer Center in New Haven.

She recently had a one-woman show at Carol Peck’s Restaurant in Woodbury and at the Minor Memorial Library in Roxbury.

She has also participated in many group shows at the Washington Art Association.

Ms. Lasar is the recipient of two fellowships from the State of Connecticut Artist’s Grant Programs.

During a career which extends for more than 50 years, she has exhibited internationally in China, Sweden and Japan.

Ms. Lasar is an alumni artist with A.I.R. Gallery in Brooklyn and in New York and represented by VanDeb Editions.

Her prints have been exhibited at The International Print Center New York and in 2008, the 183rd National Academy Survey of Contemporary American Art, in addition to inclusion in curated exhibitions at Site:Brooklyn.

Her monotypes are included in the just published “Singular and Serial: Contemporary Monotype and Monoprints” written by Catherine Kiernan and Ashley Rooney.

Ms. Lasar said, “Whether in drawing, painting or printmaking, the process is about layering and energizing space in such a way that objects are fluid, interconnected and full of energy and movement.”

She recently had a solo exhibition at Five Points Gallery in Torrington and a two-person exhibition at Site: Brooklyn in addition to innumerable group curated and feature exhibitions nationwide.

Her work may be found in private collections including the Pfizer Corp, General Mills Corp, the Mattatuck Museum and Aetna Life and Casualty.

More information is available at www.thesmithystore.com.

Sorry, there are no recent results for popular videos.

Sorry, there are no recent results for popular commented articles.